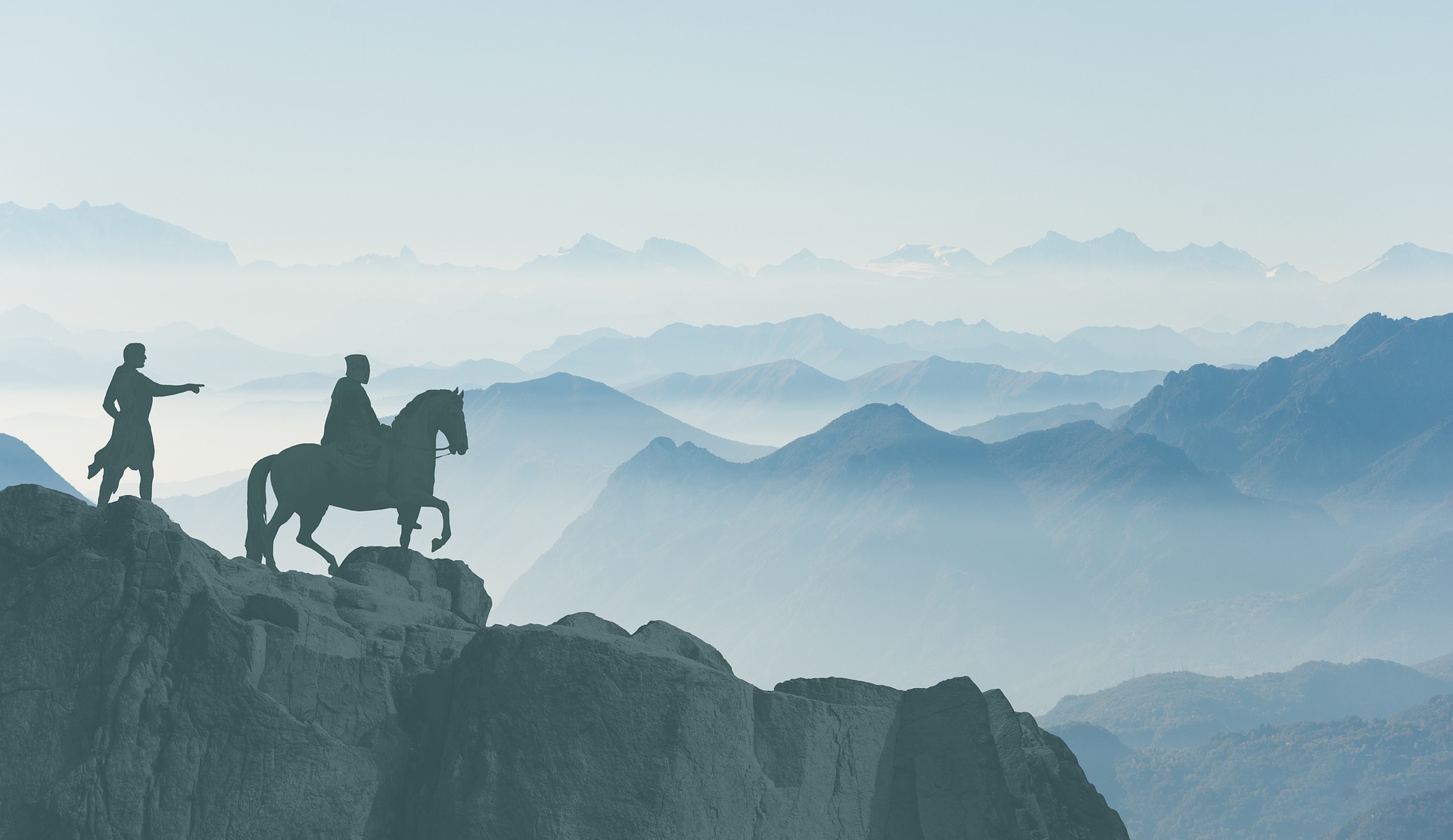 Mythology is very much alive! You just have too look closely!

If you believe there are no more knights these days fighting dragons to conquer the heart of a virgin, is mistaken. The modern knights ride a motor cycle or a car. They fight against competitors and their lack of discipline. They endure many tests during their education and on the career ladder and for the recognition by their idols.

All of this only to fulfill the deep desire of the lady of their hearts: a fur coat, an exotic trip, a home. This only seems ordinary. Through applied mythology it becomes magical!

The magic of realized dreams!

And we´re always thrilled by stories and experiences of those who manage to achieve their goals despite major adversities. For they show us: it is possible! You can make your dreams come true! This fascination is always irresistible – no matter, whether the story is fact or fiction. What matters is the perspective on it. It has to be the one that makes the protagonist the hero and his actions an adventure.

The enthusiasm for mythologically functioning movies, books and stories is ever thriving. That is also often the reason for their success. It is hardly suprising that on the Wikipedia list of the 300 most popular movies there is none that is not making use of the “mythological gravity”. Most of them quite obviously so: magic works, heroes have superpowers, transcending time and space is no issue etc. But there are more subtle variations: archaic conflicts between father and son determines the destiny of the world, an unredeemed guilt affects a fate until the end of life.

Mythology conveys knowledge to us about the seemingly unsayable

That particularly applies to stories, of course, that obviously stress mythological aspects. Like “Starwars” or the current TV-serial “Game Of Thrones”. But even in movies that seem to deal with the seemingly trivial a “mythological bassline” can strengthen the effect and credibility of the plot. In my opinion this is one of the reasons of the success of “Good Bye Lenin” (Germany 2000) in Germany. Millions of former GDR citizens once more desired connecting with their lost home. For the movie also recounts the decline of a culture – and wakens in many the same feelings and yearnings that touch upon the seemingly lost and irreplacable. Be it the legends about “Atlantis” or the movie “Titanic” (USA 1997).

Every human life has a mythological dimension

We are all the heroes of our personal lives. From this perspective anything can become an adventure: a trip, getting a driving license, an appendicitis surgery. For all of them can include important encounters and experiences, that have an influence on the course of our further life.

And almost every story can be enhanced in her effect if the mythological aspects are emphasized. It is that which concerns the universal, that we´re all interested in and that touches us deeply.

Applied Mythology is a rewarding way to look at things

In the best of cases it actually gives us insights into the mythological dimension of our own being. A mythological perspective can also give us important impulses for the creation of our own life. For our lives are also often influenced by archetypical dynamics, of more or less “mythical” hunches and amazing synchronicities.

Primal patterns shape our identity, our actions, our thinking and our role in the grand story of life. Often enough this goes far beyond the personal and daily life stuff! This approach has proved to be extremely valuable in my work as a lifecoach. For when we truly understand that none of us is here by chance; when we realize that an unfathomable intelligence lies at the base of our existence and that we as beings and our lives are truly sacred, we will become more aware and attentive in every way.

Then our perception opens up to deep insights and live changing realizations that promote the growth of our consciousness. They can reveal to us the mystery of our being on Earth! This is living magic!

Elisabeth
23.11.2017
Previous
Practical exercise for decision making
Next
The power of the vesica
You might also like
One of the following
21.04.2022

On Peace and Freedom