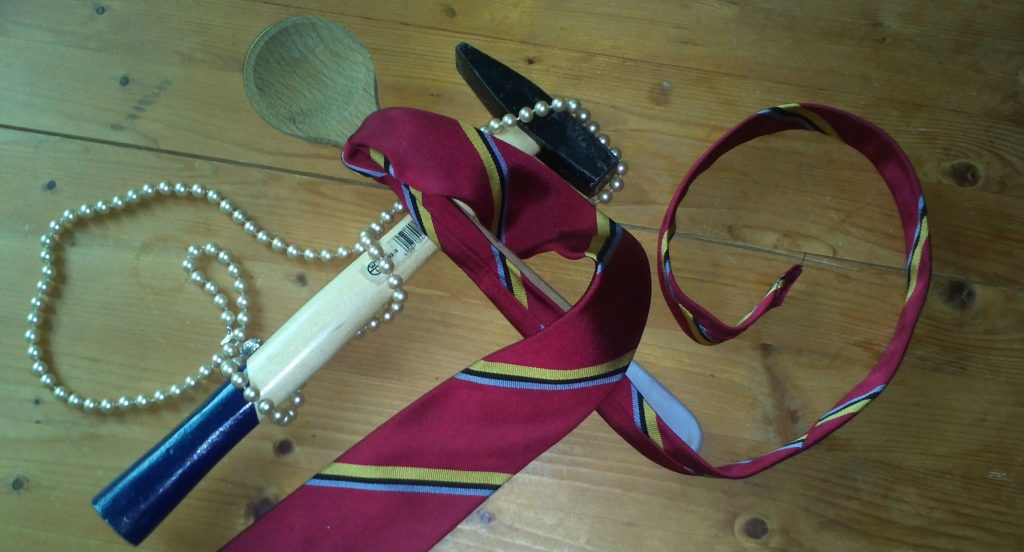 It doesn´t seem to work without stereotypes

There is a nice US film from 1998 “Pleasantville” (with “Too good to be true” as a German tagline) where the 1950ies are presented in a charming and slightly overdrawn way. Joan Allen and William H. Macy act as a “classic couple”. He comes home from the office in the evening, always smiling with his perfect suit. She is wearing a perfect dress with perfect hair making perfect muffins and of course they live in perfect blackandwhite world – for they are the characters in a fictional television series. In the course of the movie colour enters their world and how this takes place and the consequences it has, is worthwhile entertainment.

Our world has become much more colorful since then in more than one sense: with men running the households while their CEO wives are financing the family, with female chimney sweepers and construction site managers, with male secretaries and receptionists. However male kindergarden teachers and women toolmaker are still not considered normal. Something prevents that and it is perhaps more than the stereotype alone.

The charm of the tool box

Sometime in the 1990ies I heard a radio show while driving in my car, where a survey was done amongst the primarily female listeners. The question was whom they´d find most attractive a guy, who looks like Tom Selleck (star of the then very popular tv show Magnum), a guy with a fat wallet or a guy with a decent tool box. To the surprise of the program editors the decent tool box was almost on par to the fat wallet. A few women were asked why and replied they could easily make a lot of money themselves, whereas decent craft skills were rare and sexy…

However, most men find it rarely erotizising if they see a woman handling a drilldriver, rather than cooking or knitting. Somehow sweat beads on a woman coming from the rising steam of a boiling pasta sauce are considered more attractive than those coming from plugging a lamp to the ceiling – whereas it´s the other way round with men.

At closer scrutiny the stereotype gets blurred…

On the other hand I know many men who are excellent chefs and handle a drill with just as much skill. And women too.

However it is noteworthy that most chefs are men. It is a profession that is highly marked by competition, and having to proove yourself. In turn you get applauded for pleasing gourmet tongues. This is very different from cooking a meal for the family every day, that has to please all.

Interestingly enough in the German language a gossip monger is naturally female and a thug male… Even though most garden gnomes happen to be male and despite the amazing female destruction competence there is no colloquial word for it, like terminatrix…perhaps because violence is not always the choice of a witch…

For some reasons the steretypes are rather persistent and not only because the scientifically proven dispositions nuture that: men can carry heavier loads and have better special vision, women can endure more pain and are better at multitasking.

Despite the ever sought equality of rights of men and women there is also a deep yearing for the expression of the difference. Some men avoid pink even if it is presented to them as a color of rhubarb lemonade, while some women refuse to wear anything but skirts and dresses… Also in our culture and among lefties.

Some men would really like to be masculine without being notorious as a macho. Many women really want to be feminine – without being considered a bitch a or a bimbo. But the jungle of stereotypes, prejudices and the more or less outdated patterns and traditions of society is dark and dense. To find one´s path towards a healthy attitude with one´s own gender and that of the others is a lifelong process. It requires courage, perseverence and humour – fortunately a frequent side effect of the stereotypes!

Previous
We want to love each other, but?
Next
The Snowqueen is hot!