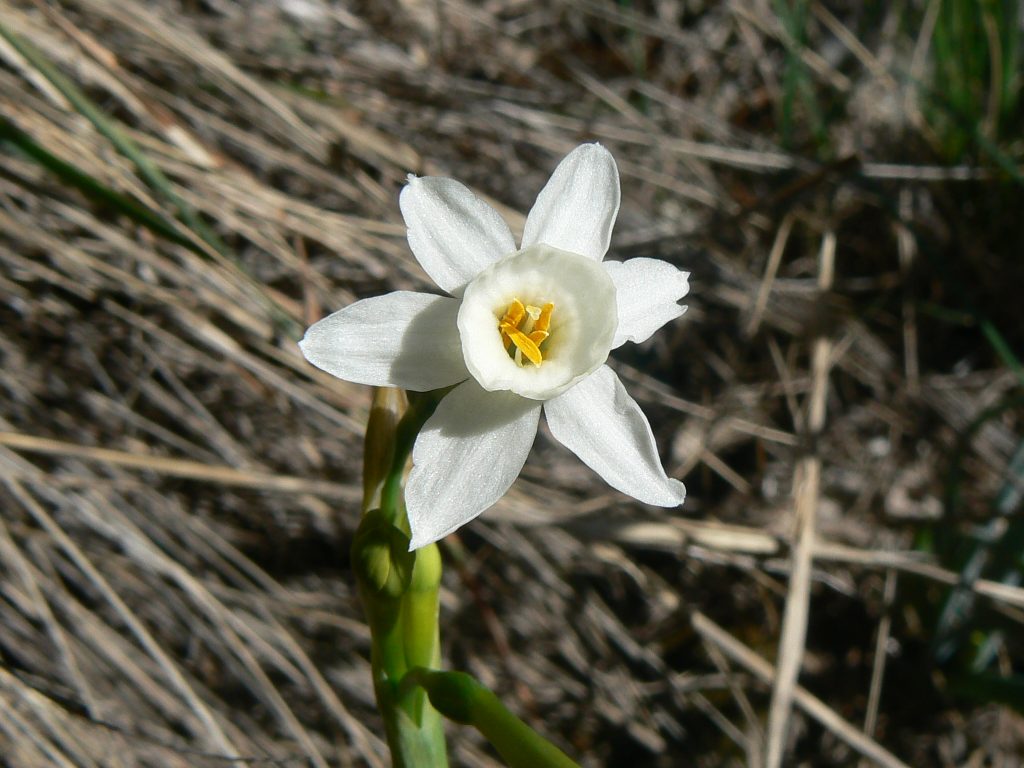 Narcissism 1: What selflove is not

These days I read a fascinating book. The literal translation of the original German title is: “The narcissistic society” by Hans-Joachim Maaz. It is as enlightening as it sad to learn how narcissistic patterns of behavior effect our society, individually, as well as collectively. As narcissism is directly or indirectly an important subject for all of us and because dealing healthily with it is vital for a balanced life, I dedicated this and the next blog article to it.

Self-love is not being in love with oneself

The term narcissism actually originates yet again in mythology which has already helped us characterize certain symptoms. Among others the famous Oedipus complex, Satyarisis (also called Donjuanism…) and in German also nightmares.

The legend of Narcissus

Narkissos – or Narcissus was a young guy in Greek mythology who was sired by a river god raping a nymph. Narcissus rejected all love from others early on. Finally he despaired over his own mirror image in a pond, for he could neither embrace nor kiss it and finally stabbed himself. Thereby he fulfilled an oracle that his mother had gotten from the seer Teiresias: her son would only grow old if he never knew himself.

But, the mirror image ruins it and so he dies…from vanity or more nicely put: from unfulfilled self-desire. He had to do that anyway in order to give that mythological story it´s sense and make it´s morale teaching effective to this day.

(And it also raises the question whether a being that was not sired in love but in violence is perhaps more prone to violence than love – afterall Narcissus kills himself most violently…) His dead body then changes into a daffodil – the botanical name of which is narcissus.

But the morale of course is: too much narcissism is fatal in the long run…therefore, dear child, don´t consider yourself too important, avoid vanity and exercise humility – otherwise not much more than a plant will remain from you. Or something like that. Many of us are familiar with this program. However narcissism is rampant and if one believes Maaz, more than ever.

In his lifelong practice as a psychiatrist and psychotherapist Maaz came to the realization that the path of becoming narcissistic is established in early childhood and can hardly be corrected through later education.

According to Maaz the cause for narcissism lies in early childhood

The massive original wounding that can result in narcissism and unfortunately frequently does, is according to Maaz, the lack of parental attention and affection when the child is very young. There is a lack of love that positively reflects and confirms the child’s true nature and does not make him an extension of parental neediness. However that´s hardly possible for parents who often are intensely traumatized. They themselves often are already narcissistically impaired… In brief: narcissism is hereditary and the matching patterns of behavior are passed on from parent to child on many levels.

And as so many in our culture are obsessed with being popular and approved of – gaining the apparent love of others – at almost any price seems existential, one gets an idea of how rampant narcissism is.

Narcissism is an expression of compensation mechanisms

These narcissistic deficits then result in what Maaz calls “forms of regulation”, namely mechanisms of behavior in order to compensate and suppress the old and seemingly incurable pain from the past. Two basic tendencies are developed: one follows the achievement principle, where the person in question constantly proves by exceptional achievements to himself and others that he is lovable after all. His self-esteem is hugely dependent on the approval of others, in other words on success and feeling like a winner. The other tendency follows the principle of self-abasement, where the person in question constantly proves to himself and others that he is helpless, powerless and every failure is an obvious confirmation of his negative self-esteem, at least subconsciously he always makes sure that feels like a looser.

However a narcissistic person does not pursues not only one of these tendencies. Depending on his situation and state of mind he can easily switch back and forth between megalomania and feelings of inferiority.

For very few people apparently have what Maaz calls a sufficient “narcissistic saturation”, in other words a healthy sense of self-esteem: being free and independent of the approval of others and yet sovereign in dealing with criticism as well as appreciation.

There is indeed a difference in the expression of male and female narcissism, for in our early stages of development gender specifications in the acceptance of the child are playing a major role. Women, who are insecure towards or reject men will infuse the raising of their sons with their attitude. In extreme cases these women will give their sons the feeling that they are potential violent criminals and good-for-nothings or they glorify them making them their personal savior and even place them above the “bad dad”.

Daughters in turn “inherit” the damaged sense of self-esteem of their mothers and then struggle in extreme cases with all the maternal projections and hopes concerning beauty, youth and attractiveness – often these are mothers who force their daughters into ballet classes and pageants and/or constantly tell them that actually all their endeavors are in vain, for they will always be condemned to remain a wallflower.

Due to pregnancy this imprinting behavior sets in much earlier through women. But fathers also can leave painful traces: fathers who only accept their sons if they fulfill their expectations thereby often forcing them into an image that does them hardly any justice. They then often are disdainful towards their sons, i.e. because of unsatisfactory performances in sports or finance. Also fathers who consider sons better than daughters and transmit to their daughters the feeling that women are second rate beings. As adults these women are often driven to do anything to please a man.

In this way our society is full of encounters of narcissistic mammas’ boys who will do anything for the approval of the women they serve – in the first place usually their own mother and narcissistic daddies’ girls for whom the approval of a man, especially their father/and or boss is the most important thing in their life.

Tragically both always place the needs of a parent above those of a potential partner and their own – always hoping to prove, to be finally sufficiently lovable – but of course, it´s never enough…

Our society has generated a main pattern for both genders concerning compensation and the suppression of pain, as well as the denial of the nagging feeling of lack and the yet strong yearning for love.

In the depth it´s about a yearning for love

Men generally compensate their narcissism by striving for power. Especially when the fight for power becomes their sole motivation: when the career is more important than everything else, including gaining maximum of influence and even risking manipulation.

Women generally compensate their narcissism with a beauty obsession and striving for an unreachable ideal. For the dissatisfaction with one’s appearance are fueled by the media and the advertising industry that promises optimization of one´s looks through nutrition, clothes, make-up and other means – however never really fulfilling the promised miracle.

In this regard Maaz’ analysis matches exactly the results of Brené Brown’s research on the experiences concerning shame and vulnerability among men and women, as I already mentioned here.

Maaz believes narcissism to be incurable, for the primal wounds in early childhood when motherly and/or fatherly love was missing so blatantly in order to develop a healthy sense of self-worth, remain lifelong.

Therefore Maaz considers prevention the best kind of therapy: we are to pay attention that our children develop a healthy self-worth and experience sufficient “narcissistic saturation” so they won´t have to compensate possible deficits otherwise later on. But as grownups when the narcissistic patterns have been established, Maaz sees no chance to heal the old wounds.

According to Maaz one can only learn to deal with them in a healthy way. But that requires the willingness and the desire, to question one´s own life, one´s history and one´s family and then to intentionally develop a different pattern of behavior – often accompanied by years of psychotherapy.

A maximum of honesty is necessary, the willingness to finally feel the once suppressed pain and generally to explore one´s feelings intensely.

However the narcissistic disturbance itself is usually the biggest handicap in the process: the achievement oriented ones prefer mind altering drugs and the suffering oriented ones generally consider therapy hopeless anyway…for feeling “better” actually goes against their conditioning…

I disagree with Maaz. In my experience and observation narcissism can be healed indeed. More about that in the following article.

Previous
The Power Of Biology
Next
Narcissism 2: What selflove is