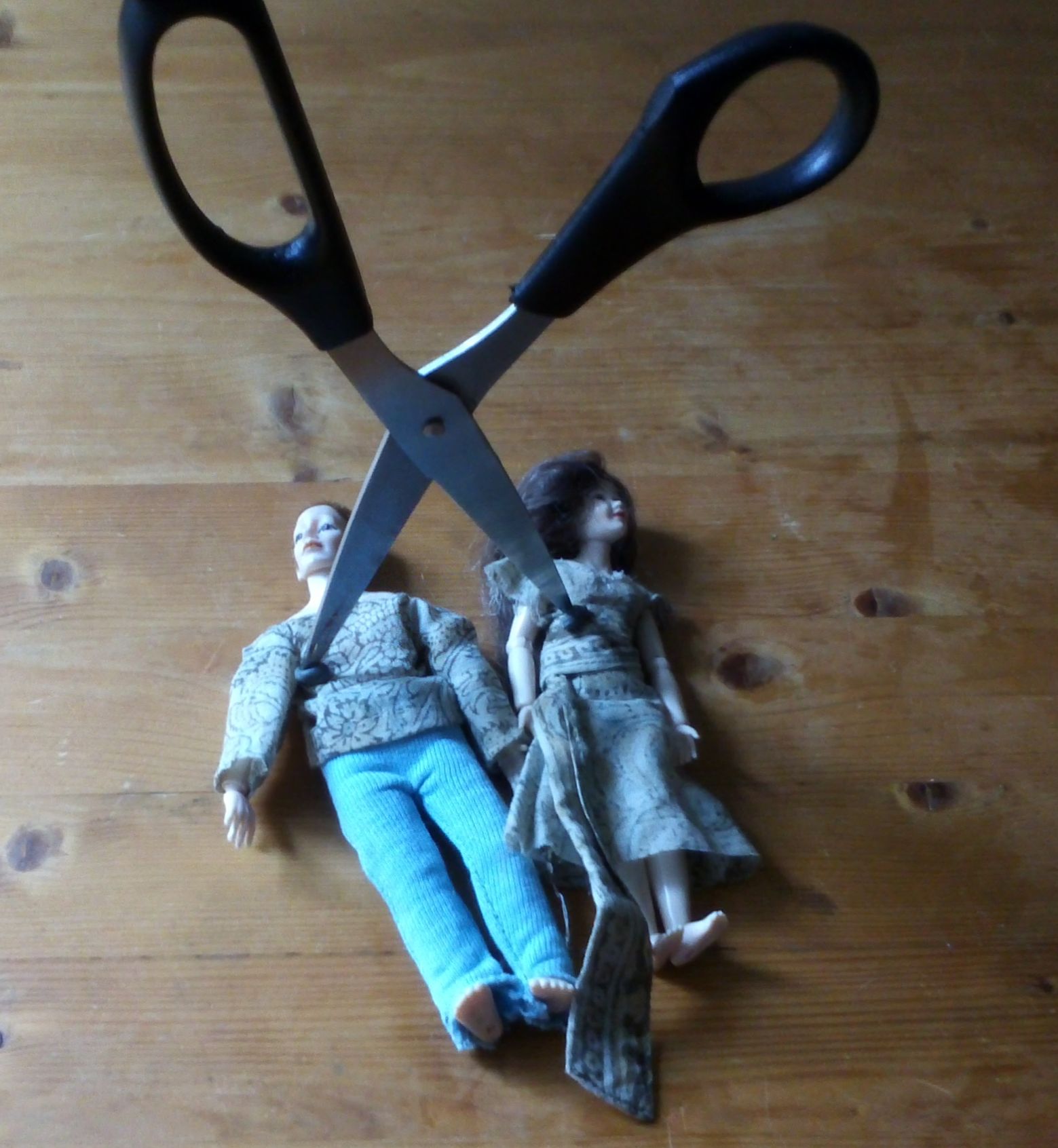 Fear of the other: shame and vulnerability

The American social researcher Brené Brown, known to a broader public since her fantastic TEDx talks about vulnerability in 2010, has also written quite a number of books. I’m presently reading “Daring Greatly: How the Courage to Be Vulnerable Transforms the Way we Live, Love, Parent and Lead.” Her book shows how to deal with shame.

I´m thrilled about her writing style as well as about her most insightful content. The third chapter of the book is about the kinds of shame or rather the “shame gremlins” and how one can successfully deal with them. In that chapter she also describes how shocked she was to realize that men struggle no less with shame and vulnerability than women. Men suffer similarly and experience their according pain similarly – albeit for different reasons due to the role models of our society.

A key moment for her was, when a father and husband thanked her for her talk on shame and asked her how she assessed the shame of men. She answered truthfully, that she didn´t know because she had only interviewed women. The man only nodded and said: “Well. How convenient.” Tense, she asked: “Why convenient?” And he replied: “Do you really want to know?” Reluctantly she said yes and his eyes welling up with tears, he said: “We have shame. Deep shame. But when we reach out and share our stories, we get the emotional shit beat out of us…My wife and daughters – the ones you signed all of those books for – they´d rather see me die on top my white horse than watch me fall off. You say you want us to be vulnerable and real, but c’mon. You can’t stand it. It makes you sick, to see us like that.”

Women and men suffer from shame – for different reasons

Since that encounter Brené Brown began interviewing men and finally realized that: “…that if we’re going to find our way out of shame, it will be together.” Then she goes on to describe, what she observed “how we hurt each other and how we need each other to heal.” She concludes: “The messages and expectations that fuel shame are most definitely organized by gender, but the experience of shame is universal and deeply human.”

For women she collected the following definitions of shame:

I believe that this generally also applies to German women and perhaps the women in the Western world. Laconically she states that the main trigger of shame for women is still based on their appearance – after all those years of development in gender awareness and emancipation. The shame about not being slender, young and beautiful enough. Another main theme for American women is motherhood: if you have children you constantly have to (let) compare yourself and your own children with others. If you don´t have children you´re less worth as a woman…

In Germany it seems a bit different

As a childless single I cannot confirm this experience living in Germany. As a matter of fact I noticed in contact with Americans that they are often amazed of how little relevance the actual relationship status and family situation apparently is to the self-worth of the Germans. I have no data, but I can easily imagine we might be having many more unmarried couples and lose ‘patchwork families’ in German in relation to our overall population than in the US.

What Brown summarizes for the American women probably applies to women in the Western world in general: basically women have to move all the time in a tight web of contradictions:

A web of contradictions puts women in a constant quandary

For German women one could perhaps add complementing and summarizing: “Do your best, but be easy to get along with.”

In her interviews with men about shame she collected the following definitions of shame:

According to Brown “…men live under the pressure of one unrelenting message: Do not be perceived as weak.” Complementing and summarizing one could perhaps add for German men: “Never avoid anything, but always be strong.”

In other words shame for women is essentially about appearance, for men it´s essentially about performance. To not adhere to the social norms and/or the expectations of schools and family means major danger – and can have traumatic consequences. Gifts and dreams remain unlived because the fear of rejection by those whose acknowledgement seems existential is too big. And in any case the truth of one´s being has no chance under these conditions. Many prefer self-denial to the possible loss of belonging and potential withdrawal of love.

For women one of the consequences of this fear not to attractive enough (anymore) – especially to the man whom they love most – is investing tons of money and time in cosmetics, diets and clothes. In extreme cases that can lead to eating disorders.

For men one of the consequences to appear unbearably weak – especially in the eyes of the woman who they love most and whose pain facing their own weakness they cannot stand is the sealing off of one´s own feelings. They actually forbid themselves to be afraid or vulnerable – according to the famous motto: “A soldier knows no pain.”

Often there is some key moment during puberty that makes them suppress their feelings of weakness and that is then replaced by the anger of having to suppress these feelings – just how many men are struggling with their conscious and subconscious aggressions?

A particularly shame loaded field of course is in the area of sexual encounters. Men often have the feeling, not to be “good enough” for the other and actually only want to be accepted unconditionally. Women in turn are afraid of not being beautiful enough – and only want to be accepted unconditionally. In the end it´s the fear of not being worthy of the love of the other. Evidently it´s about the fear of being rejected because of what is considered one´s biggest flaw. In a healthy intimacy there is space for all fears and their acknowledgement and that can actually strengthen the connection and intimacy. But it needs to be developed first.

Ways out of shame

Browns entire book is about the many areas of shame and the various strategies in dealing with it and that very hands-on. If you want to more and in more detail then I can strongly recommend reading the book.

Here I will confine myself to a rather general approach in dealing constructively with shame. Of course one of the main roots in women as in men is a lack of the feeling of self-worth.

So one the one hand it is crucial to develop a healthy self-worth and that can be practiced to a certain extend. For instance it´s important to not compare yourself with others all the time – and if you do it to be aware that the others probably have similar issues to deal with, even if it doesn´t seem that way… It´s also helpful to become clear about the fact that it serves no-one if one suffers for the sake of someone else. For this pain, this suffering is tedious and torturous in the long run than possible shame about revealing one´s truth about one´s true state. The admission of one´s truth usually allows for more authenticity of all concerned and therefore enables true love to take the place of some strange role play, that one never properly manages and that ruins one in the end.

On the other hand it is highly important to honor others, especially our loved ones, exactly when they appear vulnerable and struggle with their own self-love. Even if it raises your own insecurities – the best way then is to address that directly. That is probably the main key anyway – to talk about the ‘shame demons’ as honestly as possible. Then thy lose their horrible appearance in time and sometimes disappear altogether. For example because most human beings also are well aware of that experience which means it is in truth something that connects us – not something that separates us. And of course it is helpful not to take oneself nor the others too seriously and to trust generally that the courage to be truthful, lots of humor and infinite amounts of love are always a good approach.

Speak honestly about your feelings of shame