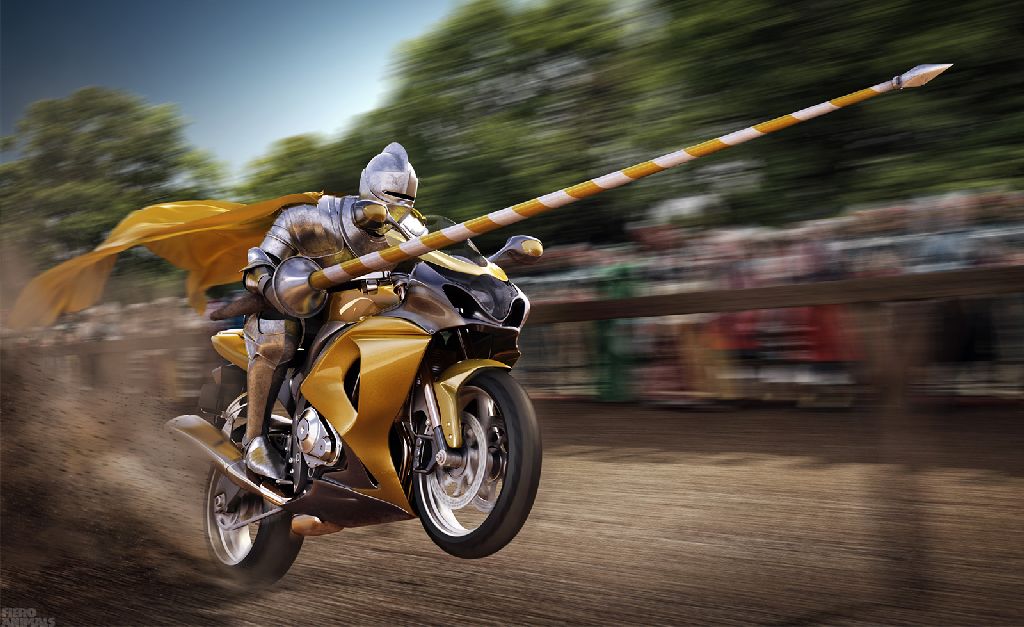 Knights of the 21st century

The idea of a “Knight of modern times” including honor code has been on my mind for a while and I told a young client about this and then forgot all about it.

A few weeks ago I was yet again expecting a shipment from Amazon. So I wasn´t surprised when the doorbell rang and the mailman gave me three little packages. But when I opened them I was bewildered: “The Alpha-Code? Fitness for real men?? With an introduction by Arnold Schwarzenegger???” (The actual English title is: Man 2.0)

I clearly had not ordered that book. Did Amazon make a mistake? I looked once more inside the delivery carton and found a note from a dear client of mine who had them send me this book. He wrote, he was thrilled with the “Alpha Code” and in his opinion the book contained a lot of material – beyond the fitness tipps – that I should consider in my study concerning the gender roles in our time and future.

Reluctant and not without prejudice I began reading the book – but not without quickly googling the American original and realizing: both authors – Adam Bornstein as well as John Romaniello are considered great authorities in the US concerning fitness and bodybuilding and their book sold enough copies fast enough to appear translated on the German market only two years later.

The book does indeed go far beyond actually quite detailed instructions for fitness – to the dismay of some and the delight of many readers. It actually offers a psycho-ethic instruction on how to be a guy!

This means to me: there are still knights out there and much less metaphorical than I ever conceived. For not only as a title of some members of obscure orders and brotherhoods, or in computer games and medieval fairs. Quite independently from knight as a title they existed as an embodiment of chivalry – and they always did exist

That knightly virtues are still popular since the middleages through the romantic movement to our present times becomes apparent in the popularity of the Arthurian legends and the Song of Roland – both began their career of success in the 12th century. As a representative for the “honour code” of a knight here an excerpt from the Song of Roland as I found it on the English website lordandladies.org:

Not only knights know these rules

In or the other form these and similar rules have become part of military honour codes (afterall knights initially used to be the soldiers of their lords of league) and of some vows of warrior groups – however you define them. Depending on their culture also obedience, loyalty and regarding hierarchies were vital and this up to this day – even though partly adapted. For the times and society have changed in many parts of the world since then. In the Western world “widows and orphans” are much better taken care of and neither the church, lords of league nor other persons of authority have a similar power. What rules apply then for the “urban knight of the contemporary West?”

If you enter “alpha rules” instead of knight into the search engines, you will find a number of lists. The most comprehensive and detailed I took from the above mentioned book by Bornstein and Romaniello.

And now for some blog inherent absurdity: as I don´t have the English language original at hand…

I translated the German text back into English and also summarized it a bit… Anyone who would prefer the original version can go and get the book!

So here the rules for the modern knight according to the Alpha Code by Bornstein and Romaniello:

1 Make time for important things… Alphas are willing to sacrifice minor stuff of the major – even if it means of letting go of some fun.

2 Look at a problem from all sides to find a solution. Alphas know that sometimes a hammer and sometimes a key is needed.

3 Accept your ego as a mechanism for more confidence – but always listen and be willing to learn.

4 Become clear about the significance of sex…or as the authors write it in their own words. “Alphas f..ck fantastically.”

6 Don´t ask for permission – ask to be forgiven. (That´s easier.)

7 Don´t criticize a suggestion for which you can´t offer an alternative.

9 Express your affection. Never suppress a compliment if you really mean it…There is never a bad moment to say something nice. Make a habit of saying nice things.

10 Always reach for your wallet first. Even if you were to be invited. Alphas like to take care of others and don´t want to owe anything to anybody, but they also don´t force their will on others, especially not where it concerns money.

11 React to all insults with a smile…

12 Admit your mistakes honestly and with a sense of humor.

14…”Who doesn´t fight has lost already.” Alphas risk things, they enjoy their victories but also accept the lessons from their defeats.

15 Learn how to cook… Alphas can nourish themselves. That is part of basic human function.

Knightly rules for our time

These rules clearly reflect the changes in our times: the modern knight wears a well fitting suit, conquers the market with competence, charm and a healthy sense of self confidence. He can set priorities and knows how to cook…

And what about the knightly virtues? In other words, what made the knight knightly? According to Wikipedia some of the desired features in the high middle ages were: humility, serenity, honour, kindness, politeness, valour, generosity, temperance, reliability, faithfulness, decency, good conduct and during the high time of the Minnesang: hope, service to women and love.

Service to women in that sense is over…and also love we probably interpret differently than our ancestors. And yet some of these ideas also appear in the catalogue of virtues of Bornstein and Romaniello – albeit in modern terms. (And again, my curious reversed translation…)

I condensed them here again for my purposes:

1 Helpful – and not condescending

The reader is encouraged to help others in a competent way to help themselves – so that also the helper profits from the situation.

2 Selfassured – and not pompous

It´s about being honest and authentic and to be aware of one´s personal strengths and weaknesses.

3 Vain – and not conceited

The reader is encouraged to take care of his appearance and optimize it as far as possible, but to keep in mind that it´s not our appearance but our conduct that defines us.

4 Proud – and not arrogant

The reader is to handle his own success wisely.

5 Modest – without self hatred

6 Tolerant – and not weak

This about the ability to discern, when it´s worthwhile to take a stand.

7 Committed – and not obsessed

Goal oriented working – but with a sense for the right measure and the wellbeing of all!

Reading all this I couldn´t help but contemplate what men I know and how might be living this or desire to live this… And the next question: how about women? And myself?

Everybody can be chivalric

For chivalry is by no means limited to men – and wasn´t even in the beginning. For being chivalric was always regarded as a worthy human virtue, even though it grew out of fashion in recent times. But it´s meaning is still attractive. In both directions: it´s worthwhile to act chivalric and to be treated chivalric. But this is perhaps only possible if one is somewhat aware of one´s “house rules of the mind” and acts accordingly!

Elisabeth
13.05.2015
Previous
The invisible magic of tradition
Next
The Wink In The Eye of The Storm
You might also like
One of the following
29.06.2022